Asian Law College (ALC) – which is a part of Asian Education Group (AEG) and is ranked as one of the top law colleges in Noida offering 5-year BA-LLB & 3-year LLB courses – organizes its 8th annual sports meet, ATHLEEMA 2020 from 21st-23rd January 2020 at the imposing Jasola Sports Complex, New Delhi with great fanfare and success, much accentuated by the glorious presence of the Indian football legend, Mr. Baichung Bhutia as the chief guest for the occasion.

Among the several games in which competition was held, one was the thrilling traditional Indian game of Kabaddi.

Kabaddi is basically a contact team sport that is played between two teams of seven players each. The objective of the game is for a single player on offence, referred to as a “rider” to run into the opposing team’s half of a court, tag out as many of their defenders as possible, and return to their own half of the court, all without being tackled by the defenders, and in a single breath. Points are scored tagged by the raider, while the opposing team earns a point for stopping the raider. Players are taken out of the game if they are tagged or tackled, but are brought back in for each point scored by their team from a tag or tackle.

At ATHLEEMA 2020-Season 8, this thrilling game of Kabaddi was played in both boys & girls categories and it created a lot of enthusiasm among participants as well as spectators.

The final match of Kabaddi (Boys) was played between GNIOT and ALC wherein GNIOT team emerged the winner.

The final match of Kabaddi (Girls) was played between ABS and ALC wherein ABS team was declared the winner. 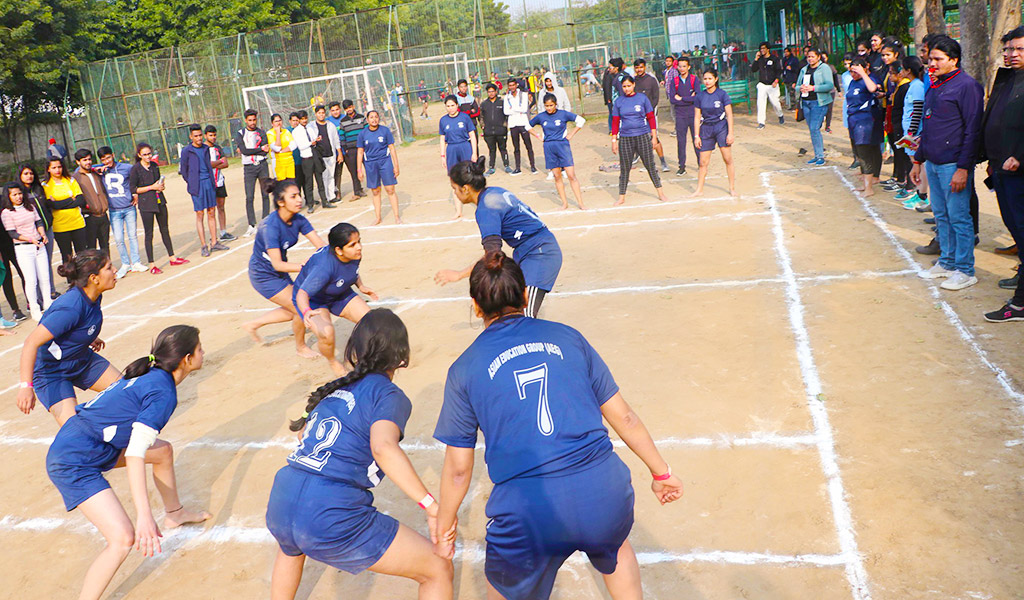