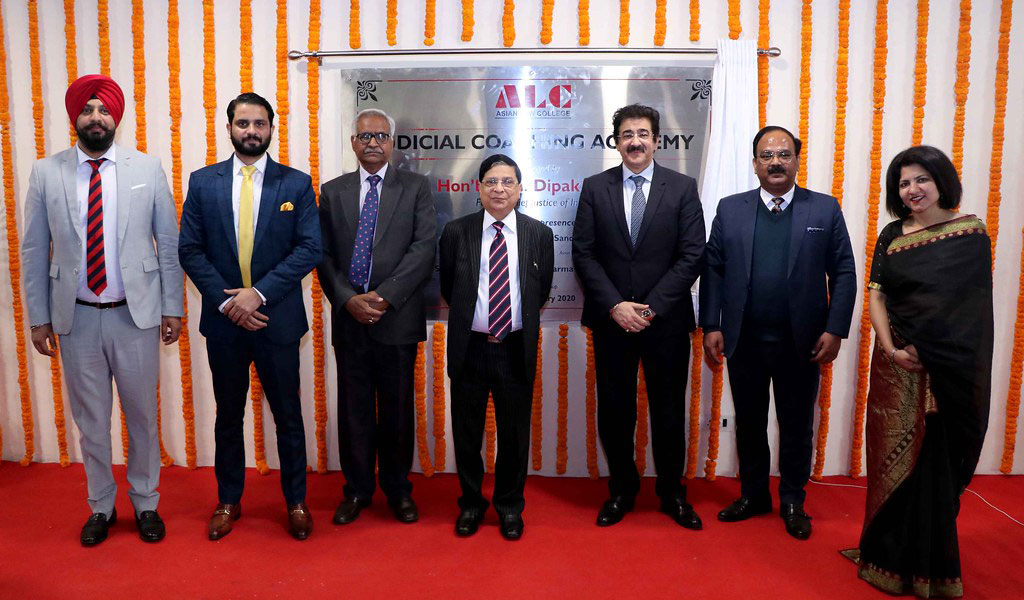 A notable feature of the Indian Constitution is the dignified and crucial position accorded to the Judiciary. A well-ordered and properly regulated judicial machinery has been introduced in India with the Supreme Court at the apex. The judiciary in the country interprets the constitution and acts as its guardian by keeping all authorities – legislative, executive, administrative, judicial and quasi-judicial within bound. Due to the importance and responsibilities assigned to Judiciary, the demand to pursue Judicial services as a career option has become quite evident among majority of law students. The Law Commission of India in its 245th report submitted in July 2014 has made recommendations in relation to creation of additional courts and appointment of judges for speedy disposal of the pending cases.

The aim of Asian Law College (ALC) Judicial Coaching Academy is to equip the ALC students with the required knowledge to get selected in the judicial examinations of various states conducted by the respective High Courts of the states or by Public Service Commissions of the states in certain cases. The waiver of mandatory 3 years Court practice for taking up judicial service examinations has made judicial service the first and foremost choice of almost all the law students. The academy imparts guidance and training to all the prospective students who want to enter into judicial services and serve the nation. The academy has rigorous classroom study programme followed by sessions for interview preparation, mock test, aptitude test etc., which are all designed as per the latest pattern of judicial examinations of various states.

The teaching pedagogy followed at the academy is totally examination oriented and the purpose is to train and help each and every student enrolled in the academy to make their dream of becoming a judge turn into a reality.

At Asian Law College, every student gets an opportunity to study each law subject from two perspectives:

The first one is ideally the routine classroom clinical approach where the subject is dealt from university semester examination point of view.

The second study of the subject takes place when the student attends the Judicial classes of same subject. Here the approach is competition oriented and the aim is to cover the subject from Judicial examination point of view.

Asian Law College Judicial Coaching Academy trains the students on different footings in order to make them conversant and familiar with the current Judicial system of the country and to visualize their aim of decorating the chair by being a Judicial officer through their hard work coupled with valuable guidance imparted by the Academy.