Both Gandhi and Nelson Mandela are entitled to our affection and respect for more than one reason. They eschewed violence against the person and did not allow social antagonisms to get out of hand. They felt the world was sick unto death of blood-spilling, but that it was, after all, seeing a way out. At the same time, they were not pacifists in the true sense of the word. They maintained the evils of capitulation outweighed the evils of war. Needless to say, their ideals are relevant in this day and age, when the advantages of non-violent means over the use of force are manifest.

Gandhi and Mandela also demonstrated to the world they could help build inclusive societies, in which all Indians and South Africans would have a stake and whose strength, they argued, was a guarantee against disunity, backwardness and the exploitation of the poor by the elites. This idea is adequately reflected in the make-up of the “Indian” as well as the “South African” — the notion of an all-embracing citizenship combined with the conception of the public good.

At his trial, Nelson Mandela, who had spent two decades in the harsh conditions of Robben Island, spoke of a “democratic and free society in which all persons live in harmony and with equal opportunities. […] It is an ideal which I hope to live for and to achieve, but if need be, an ideal for which I am prepared to die.”

Gandhi’s vision for independent India too extended beyond the territorial realm. He rejected the notion of a “clash of civilizations,” and sought to build bridges with the British. He saw no reason why cross-cultural goodwill — an idea close to Mandela’s heart — couldn’t be revitalised and sustained. Without his global perspective, India arguably would not have been an active participant and partner in the Commonwealth.

Today, the India that Gandhi helped shape appears to be in disarray. Corruption is endemic. Our institutional inefficiencies are gloriously obvious. The political process has been fouled by the politics of caste and community. The South Africa of Mandela’s dream is, likewise, all but shattered. Unemployment among blacks is high. Slums still exist in the cities. Crime is rife. Fundamental obstacles to racial reconciliation have not been removed. Still, amid the problems faced by the two countries, the popular image of Bapu and Mandela is that of benevolent leaders, whose actions could not always be comprehended by us ordinary mortals. After all, history cannot be anticipated by those who make it.

Later a concert by Grammy award Winner, US Billboard #1 Artist and Environmentalists Rickey Key was performed in front of the guests. It was a unique blend of cultures, languages and musical styles with lasting message of nature, co-existence and peace through eyes of Mahatma Gandhi and Nelson Mandela.

We had five panels for discussion, which were on Environment and Sustainability, Diversity, Inclusion, Gender Equality and Women’s Right, Spirituality, Peace & Tolerance, Youth and Education.

A special address apart the panel members on Sprituality was addressed by Roopa Ganguly, Memeber of Parliament.

It was a privilege to hear Dr, Shashi Tharoor, Member of Parliament Lok Sabha on “How the lives of Mahatma Gandhi and Nelson Mandela are relevant and source of inspiration for today’s youth.” 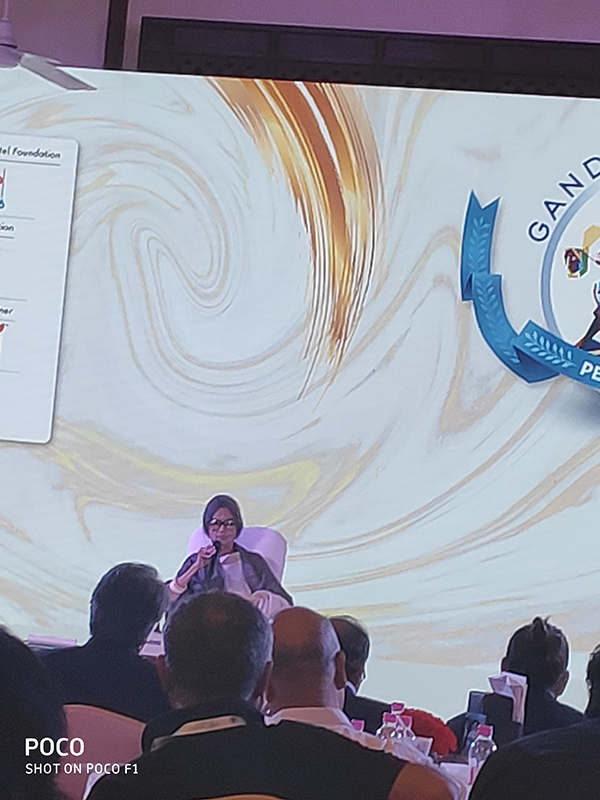 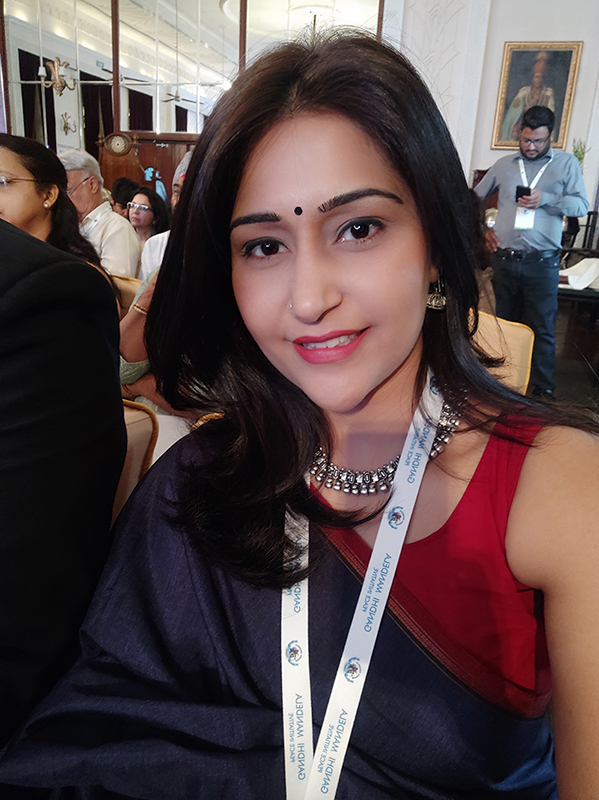